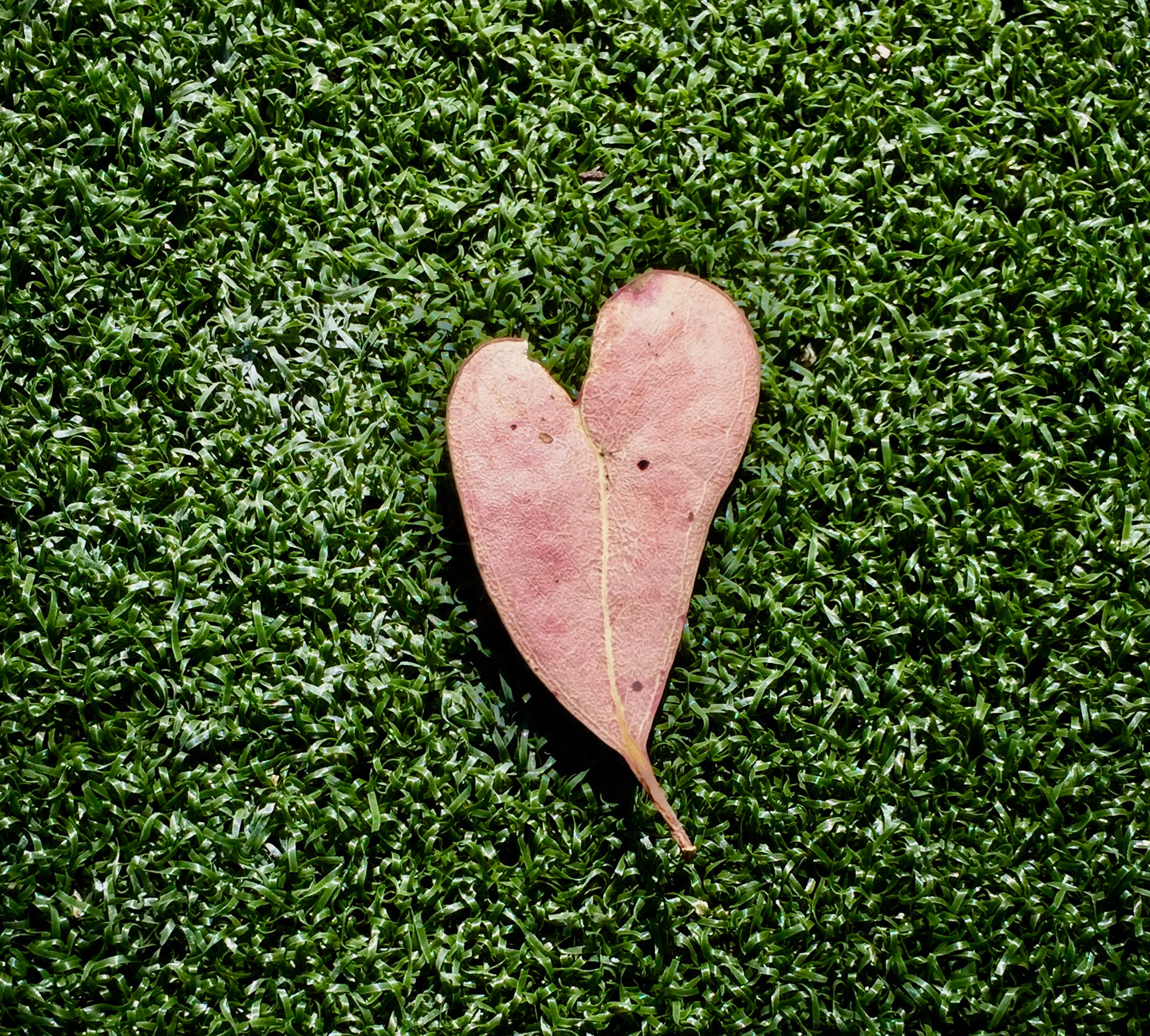 The other morning I heard a really amazing segment on a local morning radio show that kinda blew me away. Instead of their normal funny stuff, they went heavy into a conversation about mental health and working your way out of deep depression - the kind of depression that seems to have no light, no kindness, no room, no breath. I tuned into the conversation mid-way so at first I thought it was a joke or that they were going somewhere funny with it. But no. They actually took the time to talk about the saving-graces that helped each of them get through those suffocating periods in their lives.

I have lost two dear people to suicide: Gary and Mac. One was like a father to me and I still mourn his loss. The other nearly became a brother-in-law had he not committed suicide. When I look back on their lives, I can see the pain in their eyes and it hurts to know that they suffered with that agony for so long. Shortly after his death, I saw a picture of a 5 year old Gary standing on his driveway and he had this look. A look that said “I don’t want to be here. I’m in pain.” I met Gary when I was about 14 (we worked together at my parents store) so I never saw that look because Gary was always laughing. Actually, I can still hear his laugh and see that gorgeous smile that lit up the room. Good-god he was funny. And fast. A pro downhill skate-border holding a spot in the Guinness Book of World Records for the fastest speed going downhill on a board. And Mac, my role model, one of the very few men in my life that showed me what it means to be a good man. To this day, he is the standard by which I measure the greatness of any man I meet. An angel who showed me love and grace in every encounter we had. RIP to them both.

When I think back to the pain their suicides brought my family and others we love, I feel a sadness that is unlike any other.

If you know me, you know I have a terrible memory. Can barely remember what happened yesterday. But I recall exactly - and vividly - the moments when I heard about their deaths.

I was living in Korea when my mom called to tell me about Gary. My grandmother and mom found him hanging in the shed. The image I carry with me of my dear, sweet grandmother opening that shed door, her short white hair wrapped in curlers.

The dog with her.

The shed door slamming shut as soon as she saw him.

The slew of Hungarian cuss words that flew out under her breath.

My sister was at the movies. Thank god. She hadn’t slept since he went missing. By the time she got home, the first step she had taken away from the house in 10 days, his body was gone. Within 24 hours, the shed was gone too. Anger and some strong hands tore that thing apart.

It was several years later when I got the call about Mac. We were camping. It was our first camp trip since my second girl was born. I love to camp - its one of my most favorite things to do, especially with my loved ones. There’s a solace in camping that I find no where else. The air scented with pine trees or a salty beach, waking when its light and living in the glow of stars and campfire. We were traveling from Big Sur to our next destination. I was in the front passenger seat checking directions. My phone rang and it was the first time we had reception in days. It was my mom.

My precious mom who had to share the news.

I remember the exact stretch we were driving on Hwy 1. A two-lane road through the middle of artichoke fields. The shock and intense disbelief written on my face and the hand that reached out to hold mine as I sat there helpless, a dumbstruck look on my face.

Even though it felt like my heart had ripped open, I wasn’t surprised.

Mac had tried multiple times to take his life. He had finally succeeded. And he was methodical about it, too. Made sure it was not messy. Labeled all of his belongings for each of his three children, even down to the silverware in the kitchen. The amount of time he spent planning that moment. Years. It must have consumed him to the point he had convinced himself there were no alternatives. No turning back now.

Just a few weeks ago, a young man named Jamel Myles took his own life. He was nine years old. He was bullied at school because he decided to let his peers know an important truth about who he was. The responses he got was encouragement to end his life. And so he did. And now his mom doesn’t even remember how to get dressed in the morning.

No one wins with suicide. Especially because its preventable.

If you are living with a pain that at times seems unbearable, I want to tell you that you are important. You are someone no one else can be. You are worthy of an amazing life - in fact, it is your birthright. And there is someone who can help. You just need to speak up. And have patience. Because it takes time to heal. The Universe conspires to provide greatness for you. Stop doubting it. Find the courage to pick yourself up. Hand over your suffering and know that in its place lies the beauty of living.

I’m not sure how much effort and conversation is put into those of us dealing with the shitty aftermath of suicide. Anger, regret, guilt - the laundry list of torturous emotions that begin a journey of self-deprecation. My message to you is the same. Have patience. Its okay to sit in your pain. Actually, its critical that you do so. But don’t live there. Don’t take up a permanent address. Maybe even give yourself a cut-off date. And then on that date, wake up that morning and start a new life. Let those painful emotions spark a desire in you to be kind and loving to everyone you meet, to smile even when no one is around, to look in the mirror and remind yourself that you have a purpose and a mission to complete that no one else can. And again, find someone or some group that you can partner with to work through your shit. And if your loss was instigated by something preventable like bullying or drug abuse, then let that be a power that lights up your mission. Trust me, you can do it. But you have to surrender to it. You have to stop struggling, stop bickering and fighting and listening to that tape that says you can’t.

You are more powerful than you even realize. We ALL are. 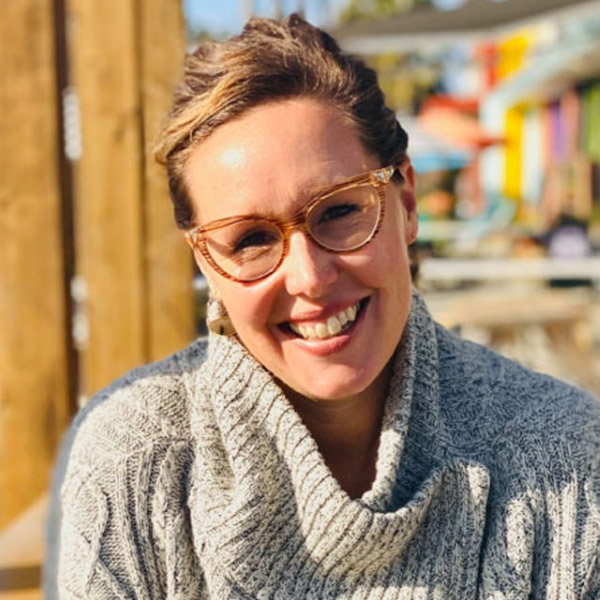 Tina Medina
Founder and Lead Visionary of The VIBE Movement 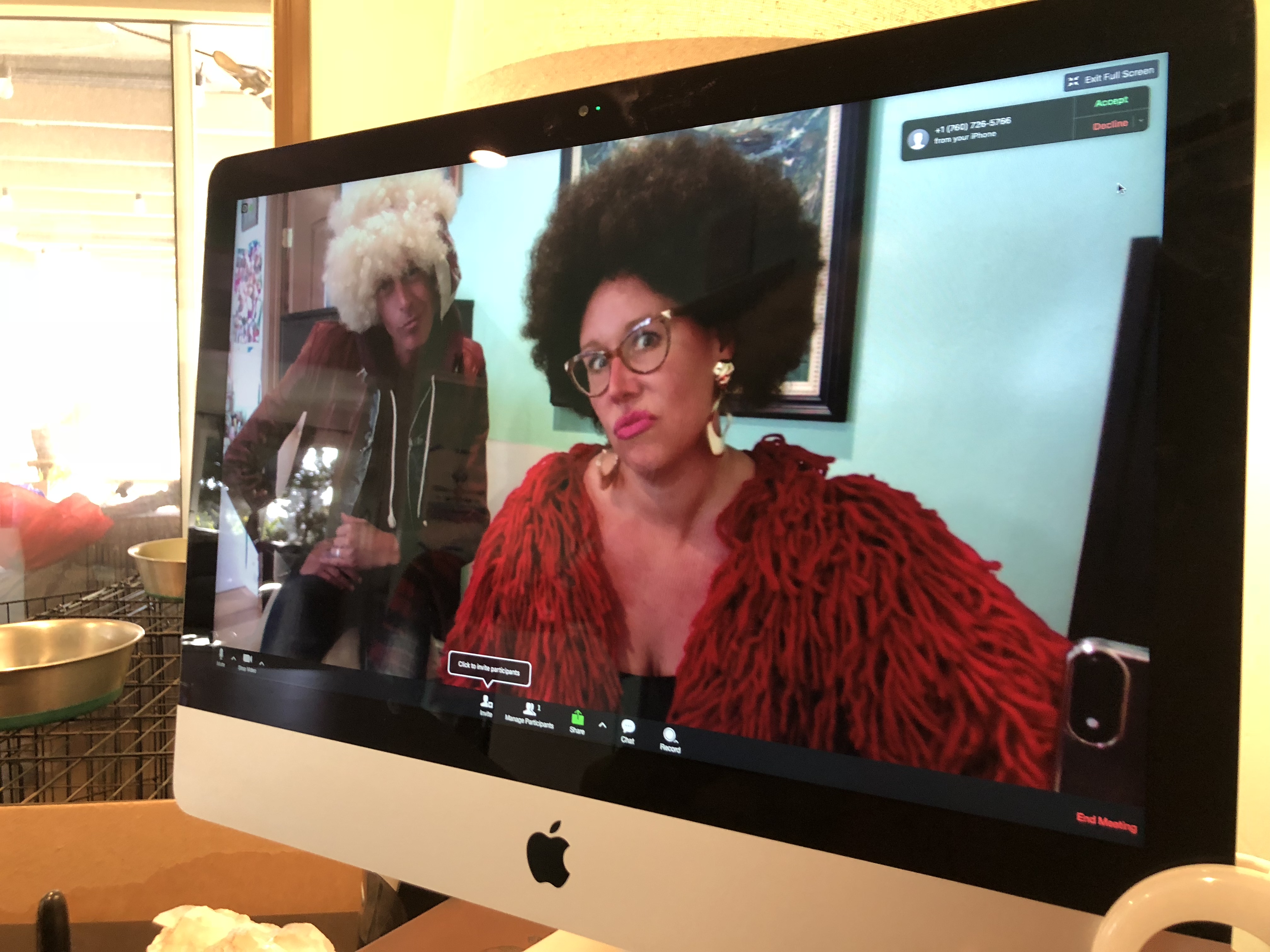 A Newbie's Guide to Video Conferencing: 10 Tips on How to Be an Instant Pro (and NOT Embarrass Yourself!) 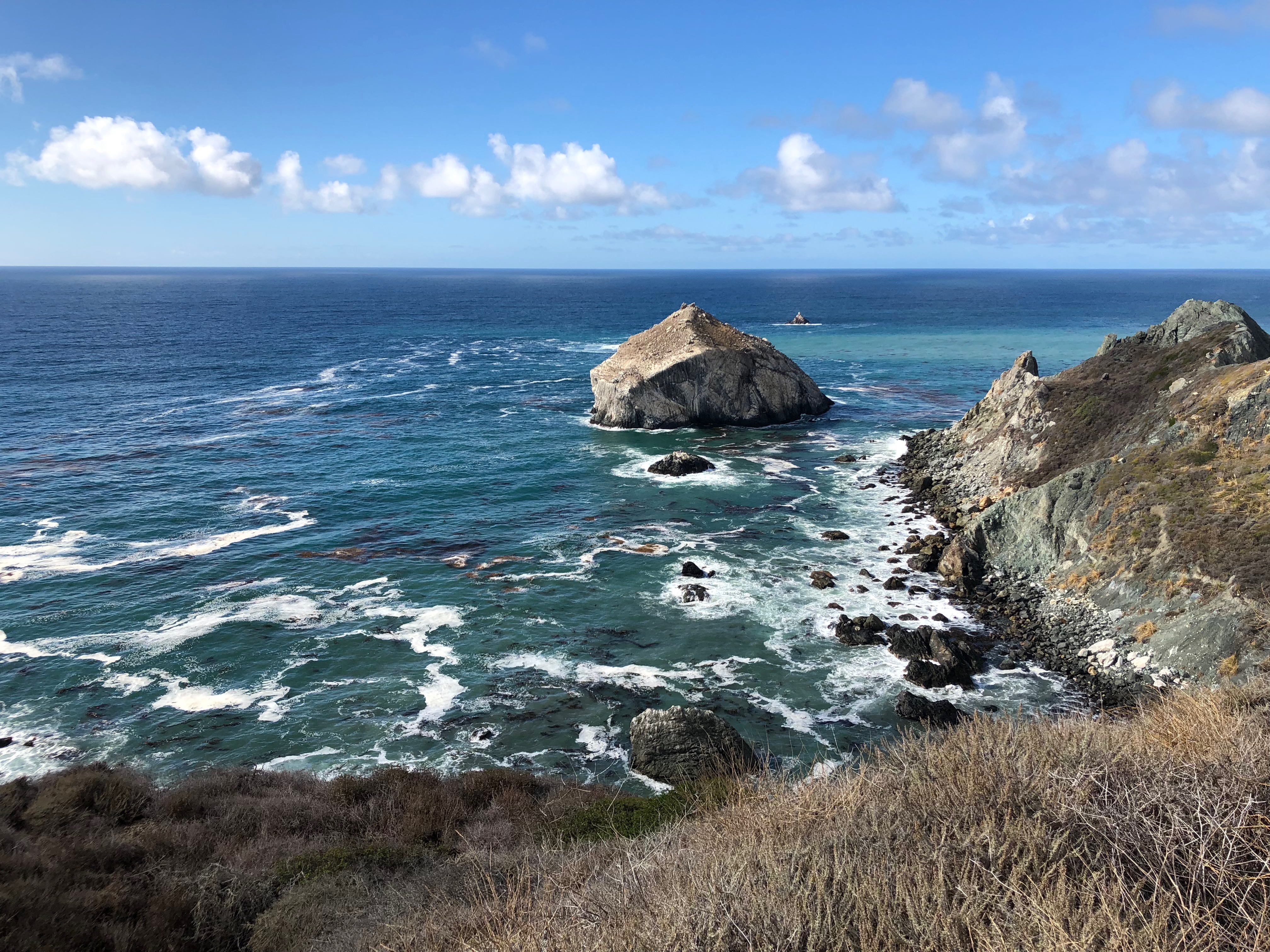 On Fear and Failure 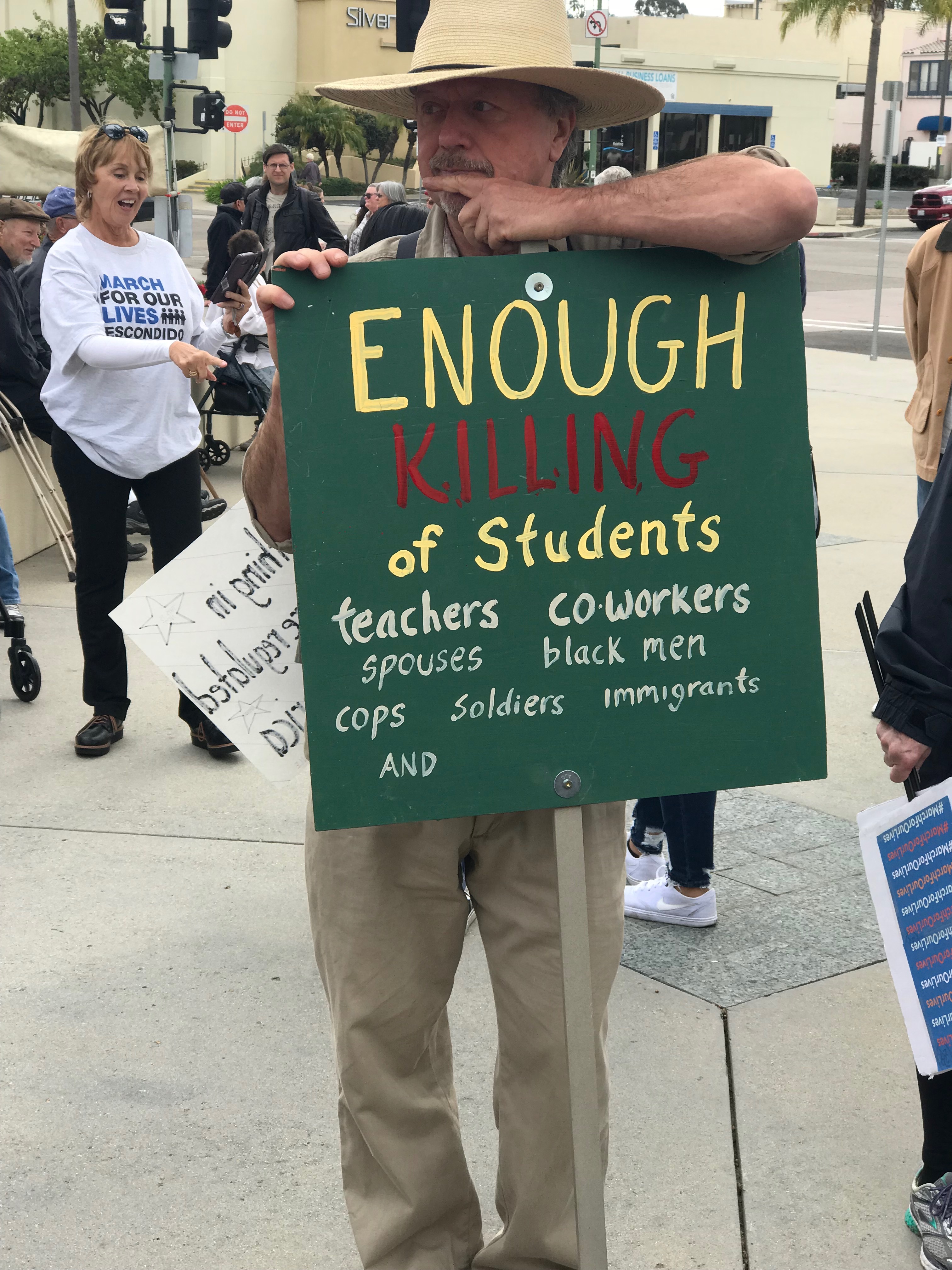 How to be Loud. And Heard.